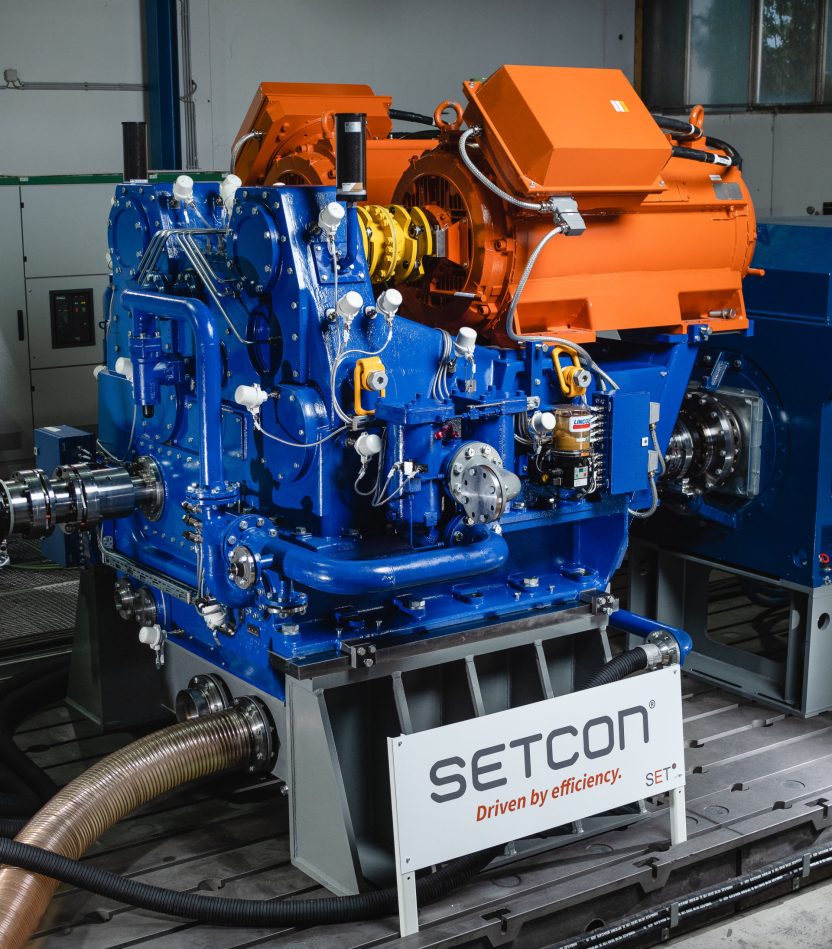 As oil and gas prices continue to fluctuate, the demand for CO2 reduced energy production increases and EU eco-design regulations are now becoming stricter and operators are turning towards controlled speed drives for their machines. What has become standard in other applications, namely adjusting the power required to actual needs, is not yet common practice in many areas of the industry. In case speed control is implemented, MV frequency converters or hydro-dynamic gear couplings are usually installed. However, when high electrical drive power is required, investment costs and efficiency losses are often high. SETCON on the other hand combines all the benefits of variable-speed drive technologies, thus delivering extremely high efficiency, minimal footprint, and maximum reliability for reasonable investment costs.

The SETCON® System consists of a Gearbox incl. differential gear (planetary gear) (1), Servos in combination with a low-voltage Frequency Converter (2+3) and a Control Cabinet (4). The constant power supply is done by an electric motor as the medium-voltage Main Drive (5). The variable ouput is transmitted to a Driven Machine (6) e.g. a Pump or Compressor. The medium-voltage Main Drive (5) is connected directly to the MV-grid and drives the planetary gear’s ring gear at constant speed. The differential gear’s sun wheel transmits the variable speed through an optional high-speed gear unit (offset alignment) to the Driven Machine (6). The differential gear’s planet carrier is connected to the Servos. The speed of the Servos (2) is controlled firstly in order to ensure the speed at the Driven Machine (6) is variable when the speed of the Main Drive (5) is constant, and secondly to control the torque in the entire drive train.

Principle of the differential gear

SET has been awarded to install a SETCON SE6 at the power plant Mittelsbüren in Bremen, Germany operated by swb Erzeugung AG. SETCON SE6 replaces the existing 6.5 MW Voith R 18 K 600 hydro-dynamic gear coupling in order to master future challenges in terms of CO2 reduction, energy efficiency and reliability. SET´s drive emerged as the best technology ahead of the competition thanks to its matching footprint, small packaging size, highest efficiency and reliability.
Project highlights at a glance
• Energy savings of app. 12 800 MWh per year compared to the replaced R 18 K 600 (corresponds to an energy consumption ~ 4 250 German households per year)
• CO2 reduction of app. 12 400 tons per year
• Mechanical and electrical implementation and commissioning within 15 days
• The foundation was not changed and the existing anchor points of the R 18 K 600 were reused
• The constant-speed Main Drive (e-motor) was reused
• No modifications on the Booster pump were required
• The existing lube oil cooler was reused, the working oil cooler was shut down due to the lower losses and reduced oil demand of SETCON
• Neither the BFP nor the Main Drive had to be repositioned on the existing foundation
• Simple and safe integration into the existing control system (through SET’s control system simulation and customer acceptance test in the SET Test Lab)
More information about this project 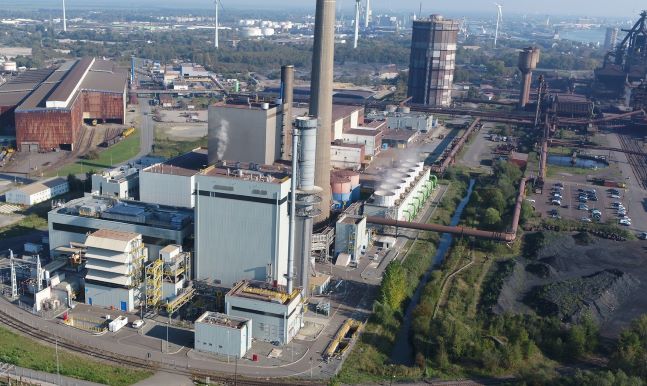 Get the product folders